That should have been the name of this blog site. Ah, hind sight and all that. There are several reasons why I’ve been so lax in posting here. A) I have joined the crew of this great new ship and though fun, they do keep me busy. B) Real life is still kicking my ass as usual. Who’d a thunk college courses would get harder the longer you go? Not me. C) Softball. But this is our last week so at least I’ll get a couple week nights back and I can sleep in on Saturday mornings again. I mean, I can use my Saturday mornings to get more accomplished. Yeah, that’s what I meant… 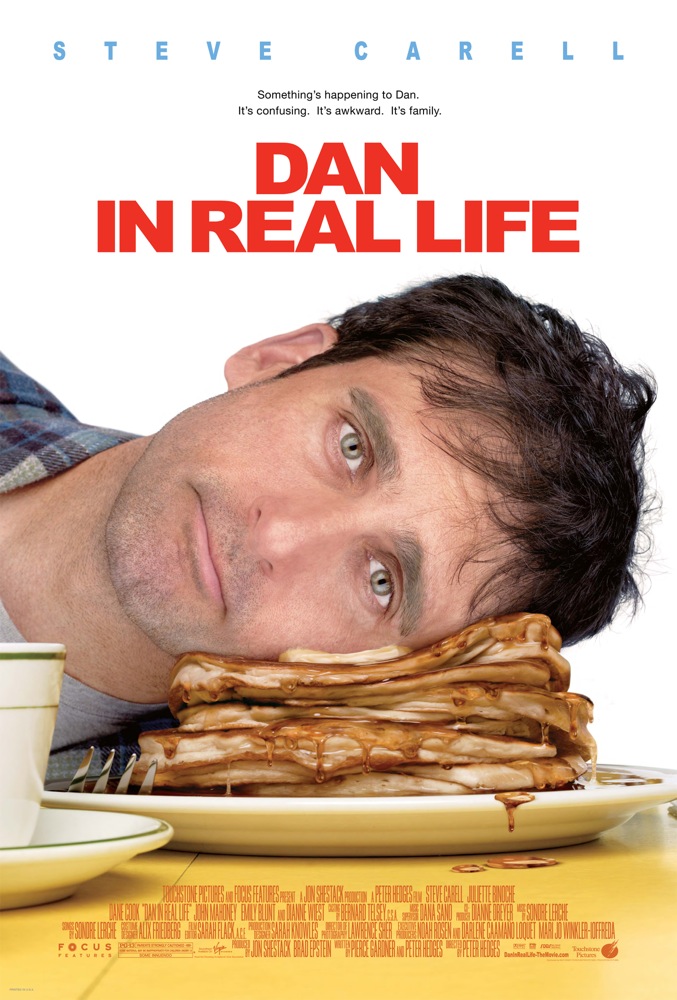 But for today, I thought I would do a movie review. Since I actually got to GO see a movie this weekend. This is about as rare as me getting all of my homework done on a Monday night. Ok, that has never happened but you get the point. I went to see Dan In Real Life and it was really good. Intelligent, heart-warming, hysterical at times, painful to watch at others.

Steve Carell plays a widower with three daughters. He’s a parenting expert, newspaper columnist who refuses to admit his girls are growing up. His middle daughter, I believe she’s 14 or 15, was the one that worried me. Very beautiful, dressed beyond her years and very dramatic. Oh yeah, that’s my child in five or six years. If not sooner, heaven help me.

Back to the movie. Dan has been alone since his wife’s death four years ago and out of no where meets Marie (played by Juliette Binoche) at a book store. He talks to her for hours but she has to leave to meet the man she’s seeing. Dan manages to get her number and things look good until he meets her again. It’s down hill from there.

Turns out the man she’s seeing is Dan’s brother, Mitch (played by Dane Cook) and the three are thrown together in a family house party. Comedy and heartbreak ensue as Dan and Marie fight their attraction, make each other jealous and ultimately give into temptation.

I enjoyed Steve Carell as the lead in this one. He was intelligent, funny (without being goofy) and endearing. He managed to look pathetic at times but never whiney. I wanted to hug him but never felt sorry for him. Dane Cook did a good job but he was playing himself so it wasn’t much of a stretch. Juliette Binoche played a character that was essentially the perfect woman but still managed to make me like her, and the rest of the cast that made up this quirky family were just a treat. Dianne Wiest and John Mahoney played the wise parents who meddled but always with good intentions, and Alison Pill, Brittany Robertson and Marlene Lawston were wonderful as Dan’s pragmatic, passionate and patient daughters. I say this one is well worth the price of admission.

Did you see any good movies over the weekend? Did you see this one and think I’m out of my mind? Do you buy Steve Carell as a leading man? Would you toss Dane Cook out of bed for eating crackers? I wouldn’t. *g*
Click to Comment 6 Comments