I’ve been sitting here trying to think of something really creative and witty to put up here, since I’ve been so remiss about updating, but I got nothing. Not that I have nothing to talk about, just that I can’t think of an interesting way to talk about it. So I’ll sum up then post some pictures.

Senior Seminar is tough but gets easier every week and once I narrow in on a topic for the final paper (and write the thing), I’ll be home free. The Sociology class is interesting if a bit depressing. Reading about some of the horrific things humans do to each other is not the happiest way to spend your evenings.

The writing is still on hold, but I can almost feel my characters getting anxious. They know as well as I do I’ll have loads of writing time come July. Let’s just hope they’ll continue to be patient just a little while longer.

The real news is out trip to the Outer Banks. Happy Mother’s Day to me! I have this habit of buying my own presents these days since no one else does. Not that my daughter wouldn’t happily buy me presents, but if you have to give her the money and then take her to the store, you might as well pick out what you want. J

So I picked the Outer Banks, recruited Hellion to tag along, packed up the trunk and hit the Bypass. Ninety minutes later we were cruising down the middle of the barrier reef islands with the Atlantic Ocean to our left and Roanoke Sound to our right.

A two bedroom cabin less than 30 yards from the ocean served as home base. Sand castles were built, sea shells collected, crab legs eaten, and historical sites thoroughly explored. From the spot where the English first set foot on American soil (that’s right, BEFORE Jamestown) to the spot where man first took flight, the Outer Banks has it all.

I’ll let the pictures tell the rest of the story. 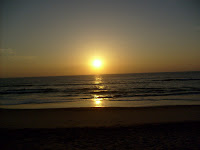 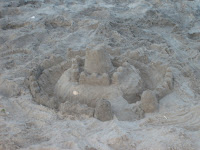 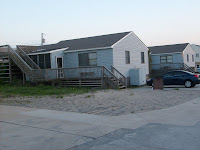 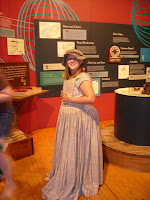 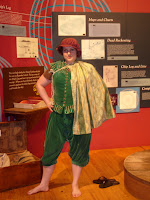 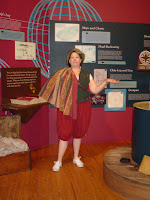 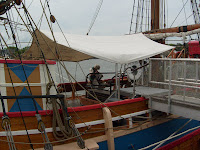 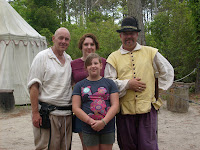 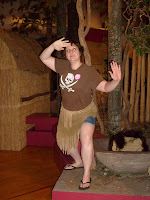 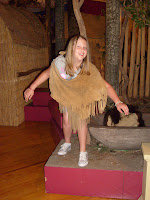 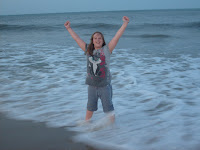 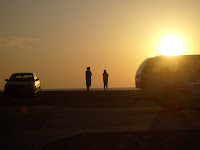 Anyone else taken a little trip lately? Have you planned your summer vacation? Ever been to the Outer Banks? (Tune in next week for an exciting announcement about a new edition to the family.)