Like everyone else, I get a ton of random stuff in my email. Most of the time, I read it, smile, chuckle, sigh or growl and then delete. But the one I got today hit a nerve.

You see, I’m the mother of a nine year old in this crazy age of technology. Which means I’m well aware of how different the times are from when I was nine. Since I grew up quite poor, the difference is astronomical. I can relate to every word in the following bit, and I’m guessing so can most everyone who stops by here. I thought it would be fun to post the following with my own commentary.

I hate to say it, but you kids today don’t know how good you’ve got it….

I mean, when I was a kid we didn’t have The Internet. If we wanted to know something, we had to go to the damn library and look it up ourselves, in the card catalogue!! (Have kids today ever seen an encyclopedia? We got hernias trying to carry those things around!) 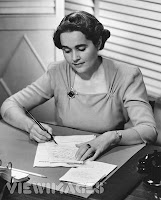 There was no email!! We had to actually write somebody a letter, with a pen! Then you had to walk all the way across the street and put it in the mailbox, and it would take like a week to get there! (And we had to spell out all the words too!)

There were no MP3s or Napsters! Hey, you wanted to steal music, you had to hitchhike to the damn record store and shoplift it yourself! Or you had to wait around all day to tape it off the radio, and the DJ’d usually talk over the beginning and @#*% it all up! (I made so many tapes this way.)

We didn’t have fancy crap like Call Waiting! If you were on the phone and somebody else called they got a busy signal, that’s it! (My father would have less gray hair today if we’d have had call waiting. And I would have gotten in a lot less trouble!)

And we didn’t have fancy Caller ID either! When the phone rang, you had no idea who it was! It could be your school, your mom, your boss, your Bookie, your drug dealer, a collections agent, you just didn’t know!!! You had to pick it up and take your chances, mister! (Can you even imagine not looking at a caller ID before answering today?)

We didn’t have any fancy Sony Playstation video games with high-resolution 3-D graphics! We had Pong and the Atari 2600! With games like ‘Space Invaders’ and ‘Asteroids’. Your guy was… a little square!! You actually had to use your imagination! And there were no multiple levels or
screens– it was just one screen. Forever! (I never owned a video game system in my life. Still haven’t. But oh how I envied that kid two houses down that had Atari.)

And you could never win. The game just kept getting harder and harder and faster and faster until you died! Just like LIFE, damn it!! (I’m not sure who originally wrote all this but the bitterness is really setting in right here.)

Oh, and you had to use a Little book called a TV Guide to find out what was on ‘The Tube’, not your Plasma! You were screwed when it came to channel surfing… you had to get off your ass and walk over to the TV to change the channel! (Another thing that drove my dad nuts as we had to see what was playing on MTV during EVERY commercial break.) There was no Cartoon Network either! You could only get cartoons on Saturday morning. Do you Hear what I’m saying!?! We had to wait ALL WEEK for cartoons, you spoiled little rat-bastards!

And we didn’t have microwaves; if we wanted to heat something up, we had to use the stove. Imagine that! (Never had a microwave until I was nearly out of high school. We won’t even mention how long the VCR took.)

You kids today have got it too easy. You’re spoiled. You guys wouldn’t have lasted five minutes back in 1980!

So, anyone relate? LOL!